Professor Maimako stated this while leading a delegation of the Governing Council and Management of the University of Jos on a courtesy visit to the Benue State Governor, Dr Samuel Ortom at Government House, Makurdi on behalf of the University’s Pro-Chancellor and Chairman of Council, Prince Tony Momoh.

Professor Maimako said the appointment of Professor Tor Iorapuu is being widely celebrated because the new Vice-Chancellor is a thorough-bred Academic, Education Administrator and Community Activist whose impact was greatly felt in the University of Jos where he was a Lecturer, former Dean and currently a member of the University’s Governing Council.
Responding, Benue State Governor and Visitor to the Benue State University, Dr Samuel Ortom said Professor Tor’s appointment followed all the laid down procedures approved by the Governing Council of the Benue State University that is why it is being applauded by all the stakeholders.

According to Governor Ortom, Benue, Nasarawa and Plateau States are one and the same, therefore anything that happens in any of the States affects them all. He noted that UniJos remains a catchment institution to the Benue People while BSU is an extension of UniJos, hence the need for collaboration towards the betterment of the lives of citizens of the affected States.

While acknowledging Professor Tor’s doggedness and quest for improving the condition of his community, Dr Ortom believes that the new Vice-Chancellor will tap from the wealth of knowledge and experience he gained at UniJos to make BSU an internationally recognized institution. The Governor assured that his Administration would provide the resources needed to improve the fortunes of the University.

Earlier, Vice-Chancellor of the Benue State University, Professor Tor Iorapuu appreciated the UniJos Governing Council for supporting him as he undertakes his new assignment. Professor Tor said his emergence as the new BSU Vice-Chancellor would not have been possible if UniJos had not given him the platform to develop his skills and the ability required to head a tertiary institution.
He promised to always seek wise counsel from his colleagues both in UniJos and BSU to enable him succeed in his new assignment.
Highpoint of the occasion was the presentation of a congratulatory letter to the new Vice-Chancellor and exchange of souvenirs between Management of both institutions. 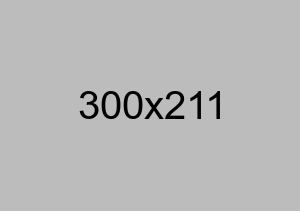 There are many variations of sages of Lorem Ipsum available, but the mrity have suffered alteration in some orm, by injected humo

To be the University of first choice in Nigerian, Africa and among the top 200 in the world.